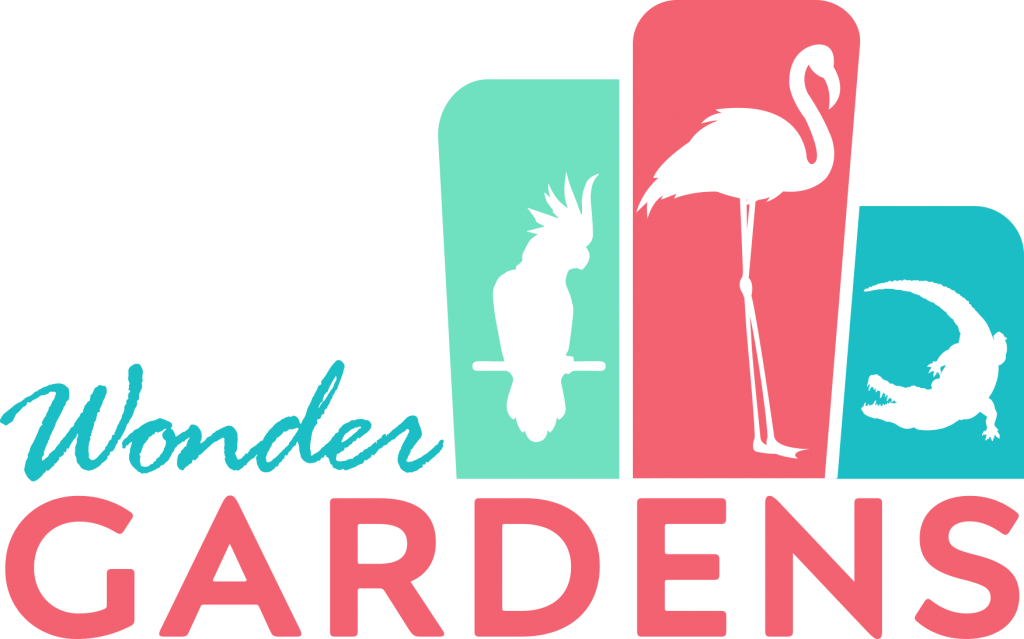 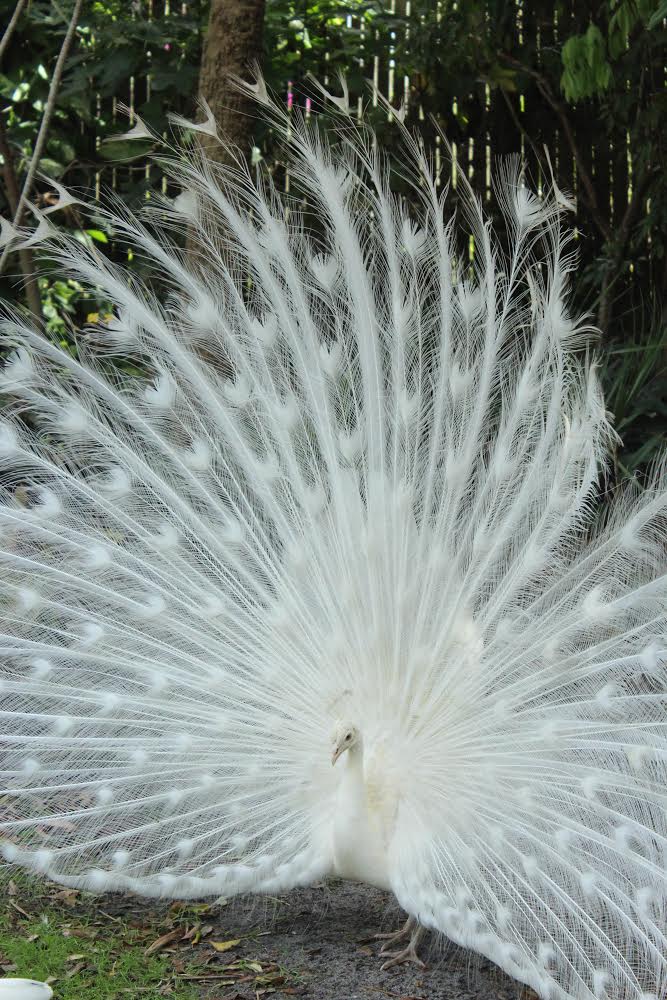 Where to find the

Indian peafowl are resident breeders across the Indian subcontinent and inhabit the drier lowland areas of Sri Lanka. They are found in moist and dry-deciduous forests near water but can adapt to live in cultivated regions and around human habitations. 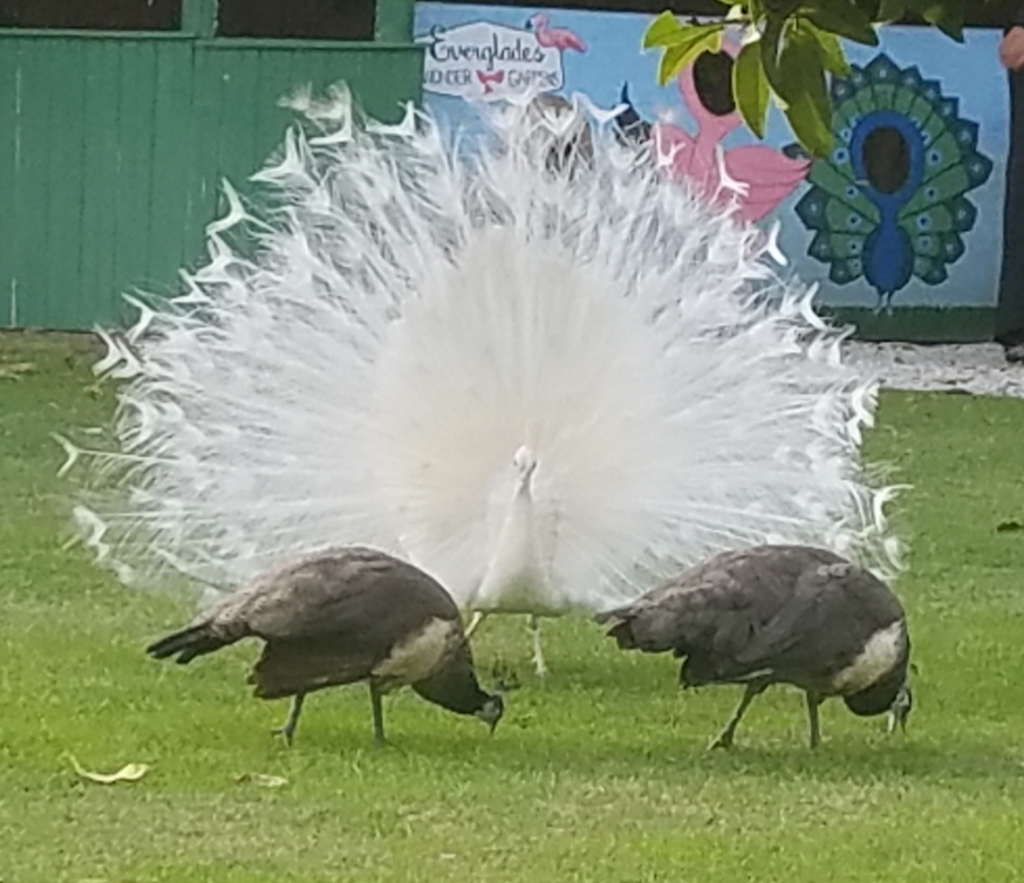 Indian peafowl live mainly on the ground where they forage in small groups that usually have a cock and 3 to 5 hens. After the breeding season, the groups tend to be made up only of females and young. They are found in the open early in the mornings and tend to stay in cover during the heat of the day. Indian peafowl often dust-bathe and at dusk and groups walk in single file to a favorite waterhole to drink. When disturbed, they usually escape by running and rarely take to flight. During the night, peafowl roost in groups on tall trees but may sometimes make use of rocks, buildings, or pylons. Birds arrive at dusk and call frequently before taking their position on the roost trees. Indian peafowl produces loud calls, especially in the breeding season. They may call at night when alarmed and neighboring birds may call in a relay like series. The most common calls are a loud ‘pia-ow’ or ‘may-awe’. They also make many other calls such as a rapid series of ‘ka-aan..ka-aan’ or a rapid ‘kok-kok’. They often emit an explosive low-pitched honk! when agitated.

Indian peafowl are omnivorous and eat seeds, insects, fruits, small mammals, and reptiles. They feed on small snakes but keep their distance from larger ones. Around cultivated areas, peafowl feed on a wide range of crops such as groundnut, tomato, paddy, chili, and even bananas. 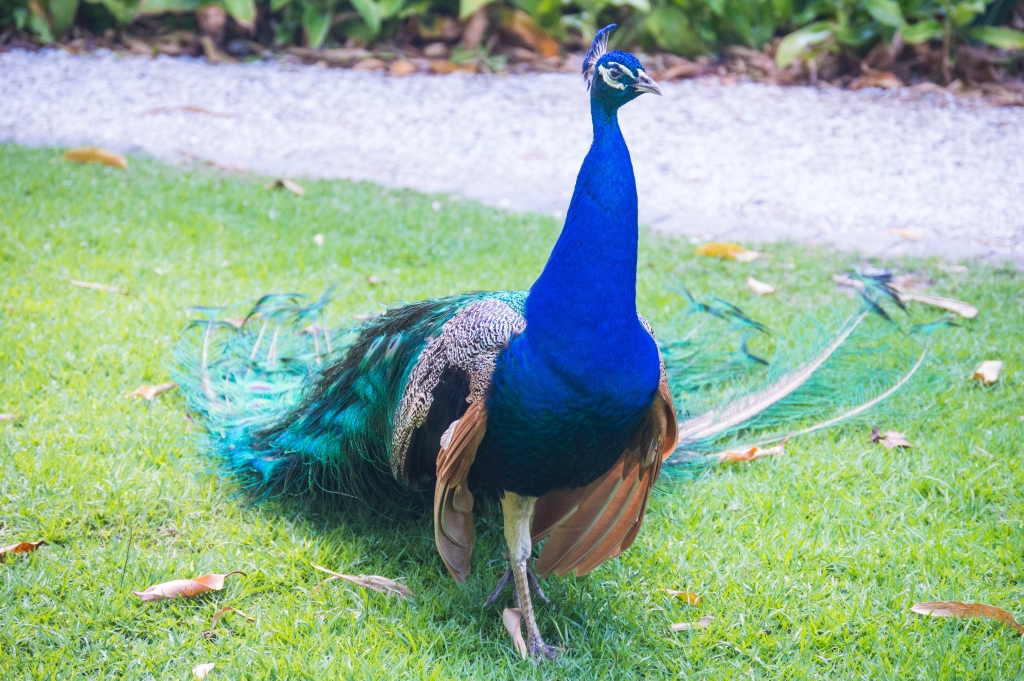 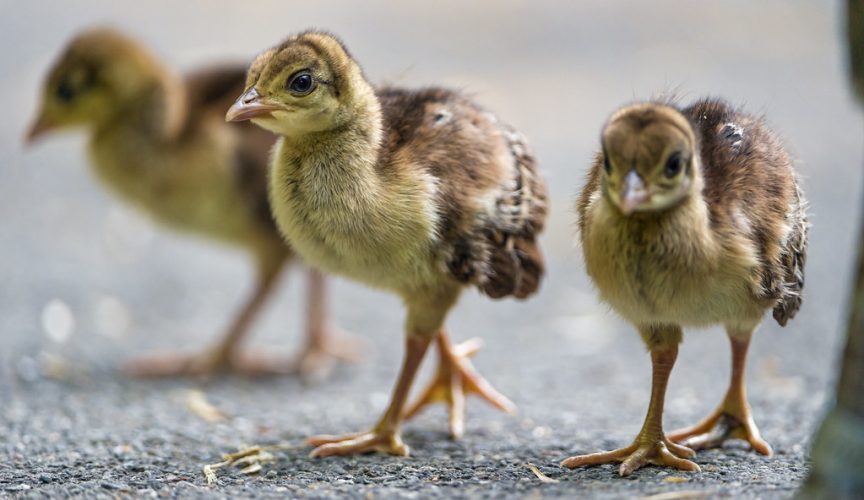 Indian peafowl are polygynous (one male to several females), and their breeding season usually dependents on the rains. The peak season in southern India is April to May, January to March in Sri Lanka and June in northern India. During this time several males may congregate at a lek site and these males are often closely related. Males at lek appear to maintain small territories next to each other and they allow females to visit them and make no attempt to guard harems. Females do not appear to favor specific males. The males display in courtship by raising the upper-tail coverts into an arched fan. The wings are held half open and drooped and it periodically vibrates the long feathers producing a ruffling sound. The cock faces the hen initially and struts and prances around and sometimes turns around to display the tail. Males may also freeze over food to invite a female in a form of courtship feeding. Males may display even in the absence of females. When a male is displaying, females do not appear to show any interest and usually continue their foraging. Indian peafowl nest on the ground; it is a shallow scrape lined with leaves, sticks, and other debris. The clutch consists of 4-8 fawn to buff white eggs which are incubated only by the female about 28 days. The chicks are precocial (fully-developed) and follow the mother around soon after hatching. Downy young may sometimes climb on their mothers’ back and the female may carry them in flight to a safe tree branch. The chicks can fly about one week after hatching and become self-sufficient in 8 weeks. They usually reach reproductive maturity at the age of 2 to 3 years old. 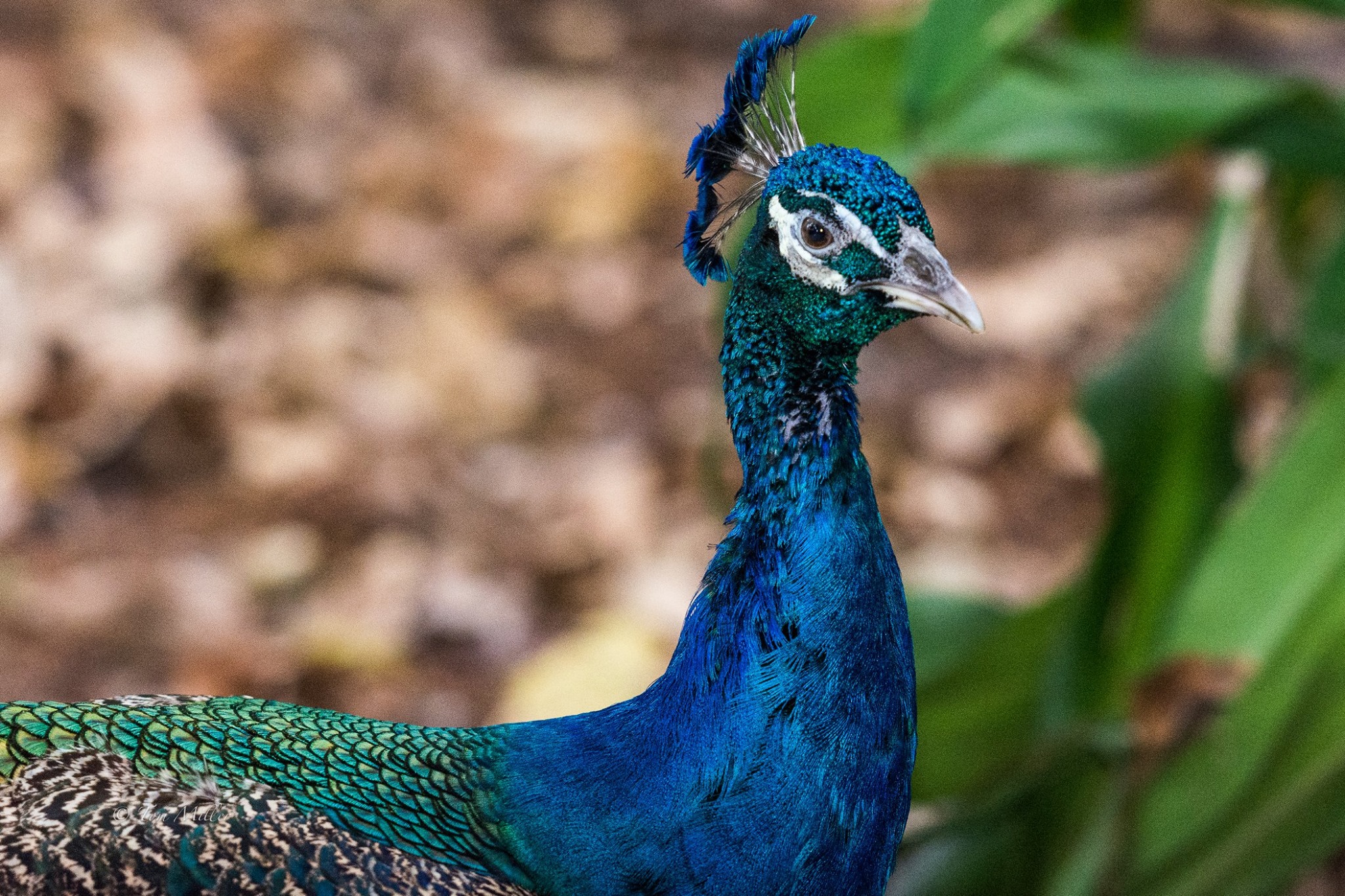 Indian peafowl are widely distributed in the wild across South Asia and protected both culturally in many areas and by law in India. However, illegal poaching for their meat and feathers and accidental poisoning by feeding on pesticide-treated seeds are known threats to wild birds. In parts of India, these birds can also be a nuisance to agriculture as they damage crops. They can also be a problem in gardens and homes where they damage plants, attack their reflections breaking glass and mirrors, perch and scratch cars, or leave their droppings. Many cities where they have been introduced and gone feral have peafowl management programs. These include educating citizens on how to prevent the birds from causing damage while treating the birds humanely.

The IUCN Red List and other sources don’t provide the exact number of the Indian peafowl total population size. According to the Wikipedia resource conservative estimates of the population put them at more than 100,000 individuals. According to the IUCN Red List national population sizes of this species have been estimated at around 100-10,000 introduced breeding pairs in Taiwan and around 100-10,000 introduced breeding pairs in Japan. Overall, currently, Indian peafowl are classified as Least Concern (LC) on the IUCN Red List and their numbers today are stable.

Indian peafowl play a beneficial role in their ecosystem. Due to their diet habits, these birds control the numbers of venomous snakes, lizards, and especially pests such as grasshoppers and other insects. 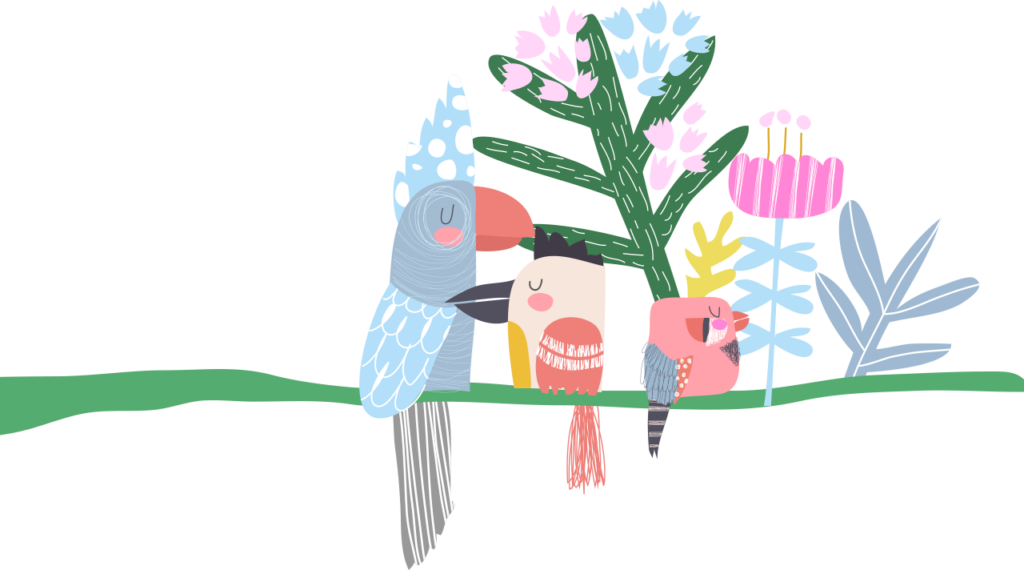 Created with ✨ by Moxie Design Studios